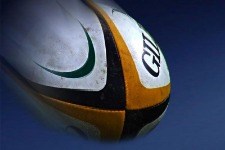 Holt spent Saturday afternoon wondering how results would affect their league position, and results meant they dropped from top of the league down to third following wins for Wymondham & Ely.

Wymondham recorded the biggest win of the afternoon when they travelled to Thurston, where they ran out 94-7 winners, the win moved them to top spot, by a single point from Ely.

Ely made the trip across to Wisbech for a local derby, leading 19-12 at the break the game ended in 26-24 win for the visitors, West Norfolk welcomed Ipswich Y.M to Gatehouse Lane, where once again it turned into a tough afternoon for the visitors as they went down to a 51-8 defeat. Crusaders picked up the points as Woodbridge visited Little Melton, in a 31-13 win for the home side, the last game of the afternoon saw Fakenham travel to Thetford, in a close game it was the visitors that ran out 38-36 winners

This coming weekend sees the cup take over from league action, but on the 9th February, the league table could change once more as Holt welcome Wymondham, while the following week see’s Ely travel to Wymondham.